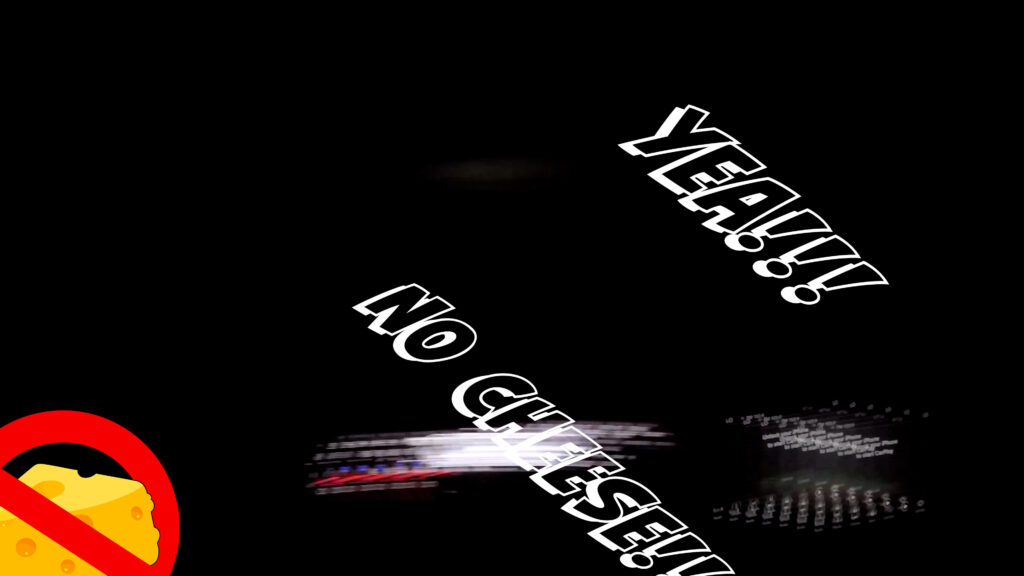 Here’s another still from the lyrics video showing the street. It was a rainy night when this video was captured in South Jersey on Route 45 and Mantua.

This video was originally created using a Wacom Bamboo tablet much like Khan Academy creates their educational videos. I then used the text that I drew in Adobe Photoshop as an animated overlay. Savvy Turtle viewed this draft release and challenged me to do better. And that’s how we ended up with the Bigginz Group Therapy Official Lyrics Video.

This has been a rewarding experience for me. Granted a lot of hard work and late nights involved and it wasn’t a cakewalk, nonetheless it was rewarding. If I had to do it all over again I would. I certainly enjoyed the journey.

You can find out more about which cookies we are using or switch them off in settings.

This website uses cookies so that we can provide you with the best user experience possible. Cookie information is stored in your browser and performs functions such as recognising you when you return to our website and helping our team to understand which sections of the website you find most interesting and useful.

Strictly Necessary Cookie should be enabled at all times so that we can save your preferences for cookie settings.

If you disable this cookie, we will not be able to save your preferences. This means that every time you visit this website you will need to enable or disable cookies again.